Editor’s note: the author of this post has asked to remain anonymous.

When Chief Executive Carrie Lam named her May 15th press conference “The Truth About Hong Kong,” I couldn’t help but recall George Orwell’s novel, Nineteen Eighty-Four. When I first read it in 1974, the term “dystopian” hadn’t appeared yet. We called it political satire then, and I used to wonder if what Orwell depicted would become a reality in 1984. I guess I needn’t wonder anymore — Orwell’s prophecy has come true in Hong Kong today. 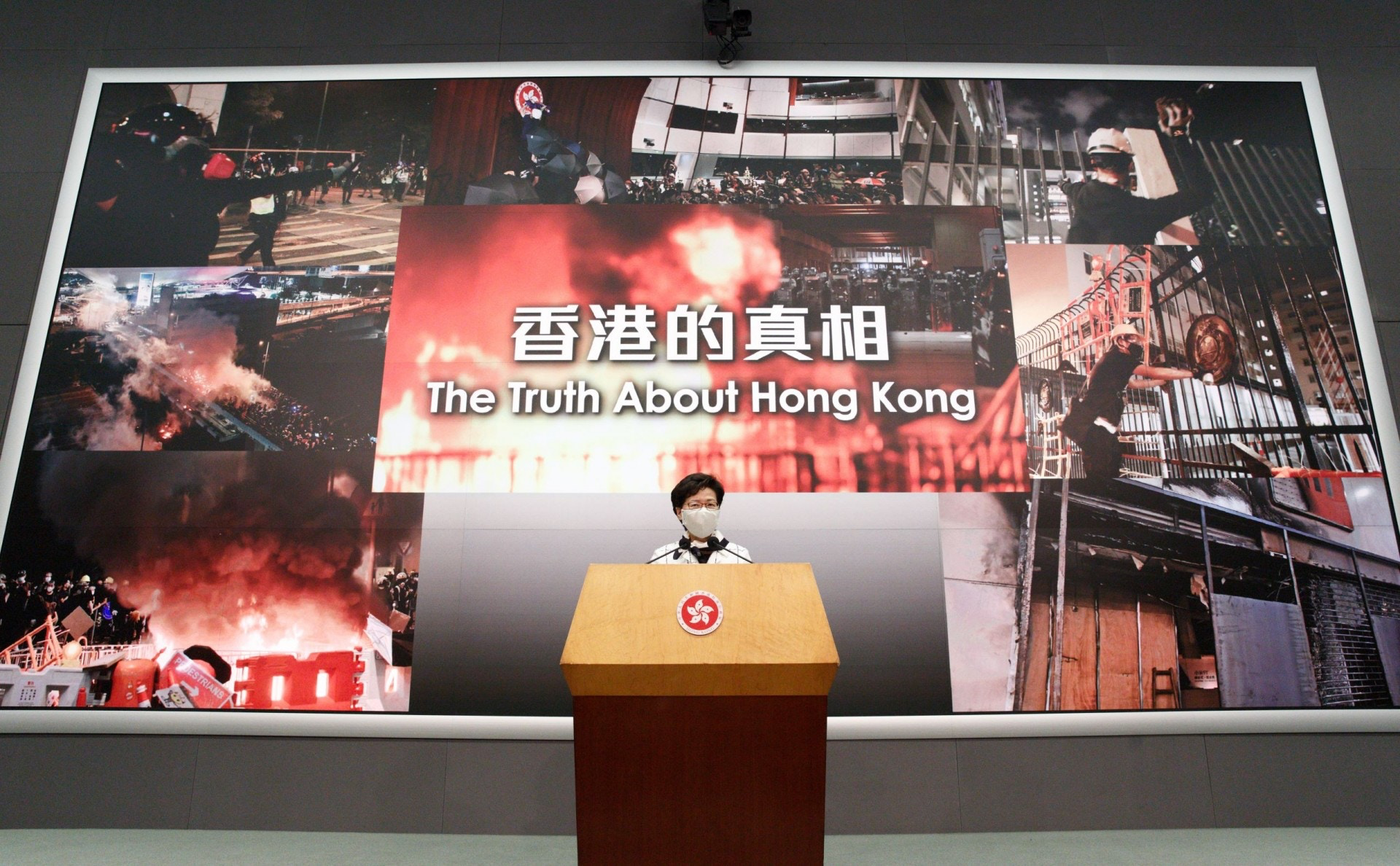 In the novel, there are various ministries in Oceania controlling the people: the Ministry of Love, the Ministry of Peace, the Ministry of Truth, and one more which I’ve forgotten. The Ministry of Truth is the propaganda department that decides what is true. It controls what people see, hear, and think, and it also oversees the media and education. One of the most important tasks of the ministry is to rewrite history to conform to what Big Brother says. In the future, this eventually becomes “the truth.”

The controversies surrounding Lam’s press conference may have been the product of human design, demonic schemes, divine providence, or even all three. But they were not coincidental.

For example, the “Independent” Police Complaints Commission’s farcical report on the triad attacks of July 21 is an attempt to rewrite history in front of our eyes. It concludes that there was no evidence of collusion between officers and the attackers, while also admitting that it had no powers to investigate. It categorically denies what the majority of Hong Kongers saw in person and through extensive media coverage. The massive influx of 999 emergency calls was interpreted as “irresponsible and destructive, obviously to paralyze the 999 control tower.” One should ask why anyone would want to do this. Following this logic, were the 150 million 911 calls on September 11 intended to paralyze emergency services while the Twin Towers crumbled in New York?

Likewise, the Hong Kong Education Minister’s public objection to a question about Japan in this year’s history exam also plays to ridiculous nationalistic sentiments. I’m not here to discuss whether or not the question is appropriate as many others have already shed light on this. Nor am I saying that the Japanese invasion of China was acceptable — and I’m certainly not forgetting the atrocities committed, either.

But what the minister’s accusation does is to pave the way for Carrie Lam to implement changes in our education system that control what people see, hear, and think. Anything that deviates from the narrative of Big Brother must be banned and silenced. This is exactly what the “Thinkpol” does in Nineteen Eighty-Four.

Is it a coincidence that Lam named her press conference “The Truth About Hong Kong”? Was she aware of Orwell’s portrayal of the Ministry of Truth? I guess we will never know the “truth” (pun intended). But whether this happened by her own design, by cooperating with the devil’s schemes, or by divine providence (which exposes all schemes), one thing is certain: she and her officials are unwittingly carrying out what the Ministry of Truth is expected to do — rewriting history, creating false narratives, suppressing, punishing, and even criminalizing dissident voices and thoughts.

A Theological Statement From the Black Church on Juneteenth It’s time we listened.

‘If You’re Black in America, Riots Are a Spiritual Impulse Not a Political Strategy’ A riot is the liturgy of the unheard.